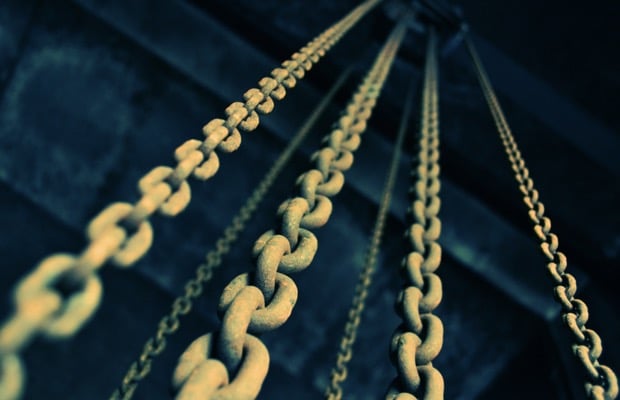 Marketing is a risky business.
We’re always looking for new means for capturing an audience, to enthral our clientele in ways they’ve never seen before. Some companies put shirtless dudes with big muscles on horses, others create blogs with great writing and engaging content, (wink wink). But, whether it’s a passion for the job or trying to get your boss off your ass, marketers are constantly fighting tooth and nail to get an edge.
For many, blockchain is that edge.
While blockchain is best known as the tech that makes bitcoin tick, innovators from banking to the banana industry are building off of it’s vast potential. Seriously, bananas have their own cryptocurrency now. No, I’m not joking, and yes, I’m excited. 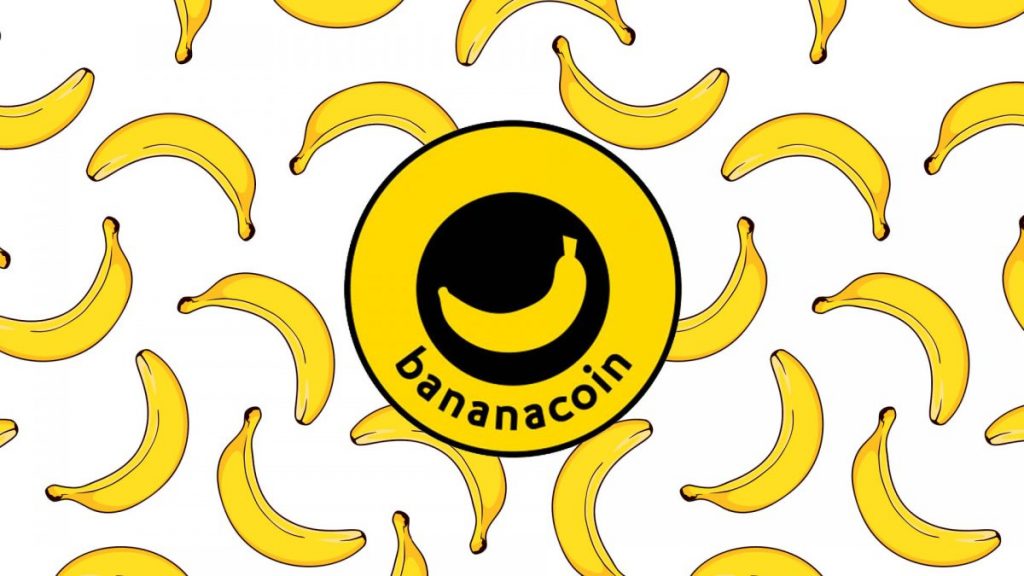 We’ve heard a ton about the large scale applications of blockchain technology. Security, transparency, and speed are the benefits lauded by any company sticking “blockchain” onto its name to make bank on the recent boom. But what about more practical applications?
Can blockchain change the way we think about marketing? Those big ideas and concepts can be realistically utilized to help marketers reach a customer base in a way that’s never been done. By leveraging the secure and transparent nature of blockchain, marketing departments may never be the same.
So what is the blockchain?
Blockchain, simplified

“Anything that you can conceive of as a supply chain, blockchain can vastly improve its efficiency – it doesn’t matter if it’s people, numbers, data, money.” – Ginni Rometty, CEO of IBM
A blockchain is what’s called a “decentralized distributed ledger,” which is a record of transactions that’s multiplied and dispersed among a network of users. These users can be individual computers or entire servers around the world, that are connected and secured through encryption, hence their use in cryptocurrency transactions.
Each block contains a timestamp, and the transaction data of the entire ledger. This means that no one person holds all the cards, but they’re spread out all fifty-two-pickup style. The safety, speed, and cost-effective nature of this style of recordkeeping is what attracts everyone from Warren Buffet to banana farmers.
With all this talk about finance and currencies, you might be thinking that there’s no way marketing could use this tech effectively. Well, you’d be wrong. Here are just a few ways that blockchain technology could revolutionize marketing.
1. Editing
Everyone’s used Wikipedia. The open-source online encyclopedia is the fifth-most visited website in the world, running entirely from user-edits and donations that it annoyingly asks you to give a few times a year. I don’t know why it needs to interrupt me when I’m clearly neck-deep in research about sloths, but what can you do.
The site runs pretty smoothly, aside from Satan being called Chad Kroeger’s Dad and and the first law of thermodynamics being changed to “not talking about thermodynamics.” But what if these (admittedly hilarious) hiccups could be fixed, or even avoided?
With blockchain technology, marketers could work collaboratively on a writing project with the ability to see when an edit was made, who made it, and where. On top of that, the document would be decentralized, meaning that no single user has full ownership of a particular project. Workplace equality, anyone?
Google Docs and other cloud-based platforms have taken care of the collaboration half of this equation, but the issue of centrality and tracking still need to be addressed. Applications like CryptPad have begun the process of integrating blockchain technology into writing and editing programs to pick up where others left off.
Caleb James DeLisle, a developer on the CryptPad project, describes the process of information collection as wanting “to know everything about people, we want to know how people use CryptPad, why people use CryptPad and how we can make their experience easier. However, we don’t want to know anything at all about you.”
Though anonymity and encryption might not be high on your priority list, the potential of the blockchain to change the way we collaborate on written marketing projects is huge.
You can even figure out who and when your coworker made that gross joke about your Mom.
2. Smart contracts
If you’re in marketing, you’ve probably hired a contractor, or been one yourself.
Contract employees are generally hired for a specified term or to complete certain tasks like writing, taking photographs, washing your car, anything really.
But, what do you do if your windshield’s still dirty? What if they used an innovative car-washing method that you want to steal, but you can’t get the licensing rights?
Okay, that went a little far. But, smart contracts can solve these issues. According to Robert Aitken, a frequent Forbes and Financial Times contributor, smart contracts are “code that can keep track of terms of agreements and automate the steps towards each term’s fulfillments.” 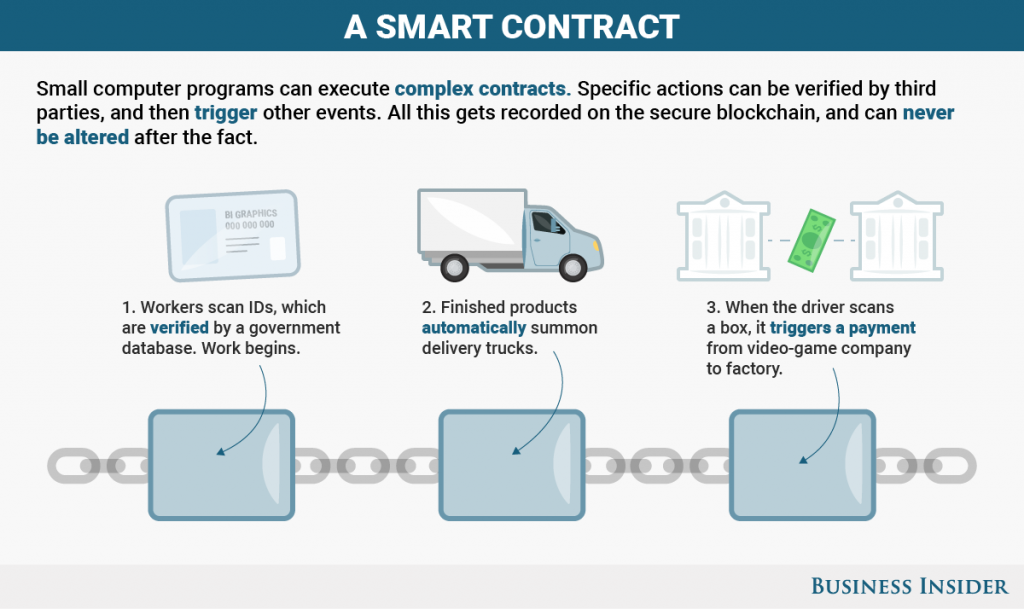 Marketing needs a facelift. With its huge potential in these areas, blockchain technology will revolutionize the way we deploy, consume, and understand marketing campaigns. But, these are only a few possible avenues for the blockchain to take.
Where the blockchain ends up is a mystery. But, with the leaps and bounds it’s made so far, we can go anywhere.