Peer Influence and the Power of Facebook Groups in PR 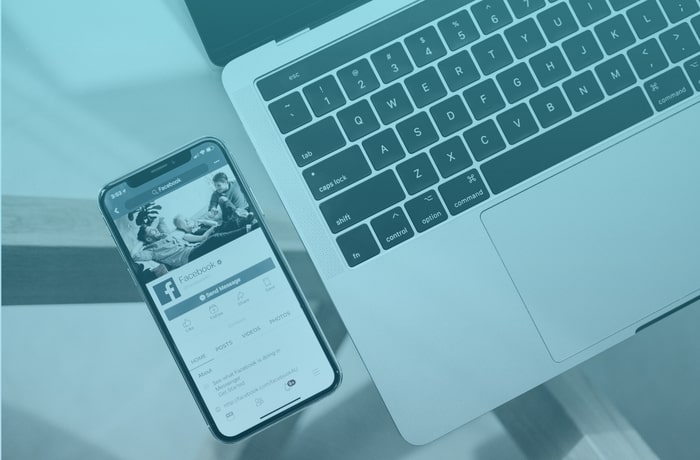 Public relations is an oft-misunderstood profession with paradoxical interpretations of the role, isn’t it? Accounting might think you’re the person that submits overpriced press releases with fluffy language. Engineering, on the other hand, sees the customer support tickets created due to all the social listening and thinks the role might be a glorified executive customer support rep with social account access. Sales probably sees you as a marketing channel and just wants to know when to expect more of those hot fresh leads. They’re all wrong in the narrowed definitions, and of course they’re all right, because public relations roles are whatever the company needs them to be. In an ideal world we’d be able to do all of the above in a singular role, successfully, and still make it home in time for dinner.

Want to do that? Yeah you do!

We’re going to break the narrowly defined mold of what public relations might be perceived as and hit on all those roles at once, while still emphasizing a single medium (Facebook Groups) and audience type (peer influencers).

It’s all about guerilla PR

Most of us have read Jay Conrad Levinson’s “Guerilla Marketing” or have read about guerilla marketing enough to understand it is usually associated with low-budget creative concepts designed to shock or surprise an unsuspecting audience. The methods are typically viewed as unconventional, but they make up a form of publicity that falls under our PR umbrella.

Why bring up guerilla?

What are peer influencers?

Influencer marketing, quickly defined, is having someone else tell your story for you. The public relations dream!

Aspirational influencers are usually what the non-influencer world mostly thinks of when they think of influencers as a whole: celebrities. These are the people we might admire from a distance for their lavish lifestyles and otherworldly talents in sports, film, and other entertainment-centric mediums.

For the most part, we simple human beings cannot live like celebrities. That said, we can buy some of the mass-produced products they promote. The example I like to provide on stage is that while I will never be able to dunk like Michael Jordan, I can easily obtain a pair of the same shoes he wore while captivating the court. Aspirational celebrity influencers are usually quite expensive and not a relevant fit unless a company is selling a product or service with very broad appeal, such as everyday consumables and services from cola to car insurance.

Authoritative influencers are the recognized experts within a particular field. They are an interesting blend of characteristics because within their specific niche they can be perceived as celebrities, but to their neighbors they might just be another neighbor, a peer. Authoritative influencers are not usually as expensive as celebrities, though as high-level individuals within their field the reality is they are also probably not going to be inexpensive. Equally tricky is authority can be ruined quickly.

In the beginning of this article, I referenced another article on The Mention Blog written by Neal Schaffer. Neal is an authority in the influencer space, so when others read his recommendations from within the influencer space, it carries weight. Whereas a celebrity can, in one breath, promote a sugar cola and in the next, a diabetes testing strip. Such a dichotomy would be ruinous to the reputation of an expert. As such, they must be selective in what products and services they are associated with, as trust can be lost far faster than it is re-earned.

Peer influencers are sometimes thought of as the leftovers from the two above buckets, yet the industry is finally catching on to how powerful they are in aggregate. A peer can be anyone from a family member to a colleague, a neighbor, or someone in a related field whose opinion you think is above average on a topic.

While we may have to settle for assigning a certain amount of trust to the recognized experts in our fields and not be able to live like celebrities, we absolutely need to keep up with our peers. If all your neighbors and work friends start showing off a purchase they’ve made such as a new smart watch, the likelihood of you purchasing goes up significantly. It creates a compulsion that is only alleviated through the acquisition of the product. Peers are much less expensive to acquire and even easier to test out new concepts with, making them ideal for the guerilla PR.For more of a breakdown on when to use each influencer type, you can refer to the weighted influencer usefulness matrix to guide your decision making as it pertains to campaigns outside of today’s guerilla PR tactics:

It’s a matter of recognizing the difference in tactics required when working on a bottom-up strategy within PR. For example, in a top-down PR influence approach the influencer type chosen would more likely be authoritative in nature using hyper-specific press releases as a mechanism to target individual journalists in order to trigger a series of follow-on press. However, as we’ll see, that wouldn’t be as necessary or applicable from within the confines of Facebook Groups.

Facebook Groups are exactly what they sound like. A group of likeminded individuals interacting on Facebook; the groups can be anything from private, closed groups requiring invitations that are heavily vetted and moderated to public free-for-all groups with little moderation. What’s special about Facebook Groups is that they exist for literally any topic you can conceive; that’s the beauty of Facebook’s reach: it is global and ubiquitous.

There are a variety of tactics within this approach. Selecting the right groups is the most important first step though, as the wrong audience will be a waste of time otherwise. Let’s create a fun example to explain it in a more fundamental manner. We are going to assume that you are handling public relations for a new dog toy and you want to get as many pet influencers as you can.

Step 2: Locate relevant groups. As a simple query, I looked for “dog toy” which results in a plethora of localized groups.

Step 3: Narrow it down. The mix that generally works best is a large audience that interacts in a non-spammy way on their posts. You want to select groups with a good engagement per post that are somewhat selective — this matters because as someone in the dog toy industry, you’re an insider and want to be around those that want to be around insiders.

Step 4: Join. Be honest in your application process, explain who you work for and why you want to interact with other dog lovers. In most cases if the groups are actively moderated, you’ll be accepted.

Caveat: Facebook has limits on how many groups you can join a day, how frequently you can post in them, and there are repercussions for breaking those limits. What are the limits? My dear reader, they depend largely on your Facebook account history. The first violation is a 24 hour timeout, then 48 hours, and gets more severe the more frequently violated. I write this as an encouragement to temper that aggressive nature to put your company in front of everyone and instead narrow it down to the best targets.

At this point, the methods to employ diverge.

The quickest way to use Facebook groups is to pay a moderator or administrator of the group for a review within the group. This combines the concept of authoritative influence with reaching the targeted peer audience.

If you can get a moderator or admin to provide a review, absolutely work with them. Chances are you’ll be in multiple groups, so you can utilize both methods.

For those groups where the moderator and administers either decline or even decline to respond, you’ll need to ingratiate yourself to the community. Interact honestly within the community because it’ll come into play later with collaboration. Once you have ingratiated yourself to the community, you’ll be more likely able to make an advertisement-style post, but it’s at this point you’ll want to use those peer influencers you just spent time cultivating.

As soon as the rest of the community sees the positive interaction you bring and how it’s worked out for their enthusiast peers, they’ll start pitching you in order to get in on the action. I’ve seen it happen time and time again.

In reaching out to specific peer influencers that are known for loving their dogs, you were able to build awareness with some brand activation and by capturing real use, delved into experiential marketing. Since you interacted with the community with honesty and respect, you were rewarded. We’ll come back to what to do with those live posts to squeeze as much PR juice from them as possible.

Is there value in creating and running a Facebook group?

Yes. There are difficulties in running any community when it comes to keeping it clean and focused, which Facebook groups are prone to as well. However, if you use the above steps in an iterative process, you can keep infiltrating communities and building up more and more brand / product awareness (and hopefully sales). After a certain point, you can create a group either on the general ‘dog toy’ topic or if your product line supports doing so, a brand-specific group.

The primary reason to create a broad topic group is you can build a bigger audience. The main reason for focusing on your specific brand is it will be easier to keep out competitors. If you have the inclination, you can always do both.

Let’s say you manage to build a massive brand-specific Facebook group. Congratulations, you just created a mechanism to tackle potential support issues from enthusiasts before the problems might have otherwise been known to the broader consumer base. Invite members of your support team to interact pleasantly and address — Facebook is now a deeper support channel than it already was; engineering was right about you acting as a support channel!

Once you have public Facebook group and profile posts, you’ll want to consider amplifying them to bring in as much attention as possible. For those posts, the recommendation would be to use Twitter influencers due to their relatively low cost to cross-share into that medium, using your chosen social tags from other social marketing campaigns. Sales wants to see those leads after all.

What about accounting? Give them their fluffy release. When you have sufficient bottom-up activity using the peer influencers from Facebook groups, you can tailor the hyper-specific press release to target the one or two journalists that might be interested in the story of a dog toy company that managed to win the hearts and minds of pet lovers.Don’t stop with just Facebook groups, the Twitter amplification, and press releases. Once it works, you’ll need to use social listening to see where else you need to be activating the community such as on YouTube or TikTok and interject early enough to prevent being highlighted as yet another TikTok fail. 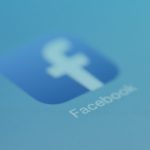 10 Facebook Marketing and Advertising Mistakes That Businesses Should Avoid 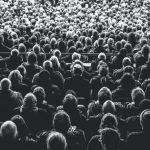 How to Unlock the Power of Facebook Lookalike Audiences in 2020 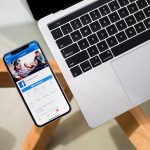 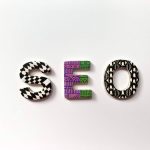 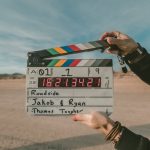