How to Turn a Brand Crisis Into a PR Win

When people said mean things about you as a kid, your mom told you to ignore them; When the same thing happens to you as a marketer, ignoring is not an option.
A negative comment is like a candle. It may be harmless, but with the right triggers it can escalate quickly to a fire. And you’d like to put out the fire before it spreads.
The same thing is true for your brand. A slightly negative tweet from someone with a few followers doesn’t sound like a big deal. But it could escalate into 10,000 negative comments across multiple platforms. That’s when you have a full-blown crisis to deal with.
Of course, you hope it never happens to your brand. But when it does, can you turn the tides and make the crisis a PR win?
Sounds impossible? Sit tight. I’ll show you how two brands managed to do that, and how you can do it, too.

How brands turn PR crises into big wins, via @joeei

It’s hard to be a marketer everyone likes.
Brian Swichkow, founder of Ghost Influence, is known for marketing on Reddit, whose community hates to be marketed to and is notorious for its hostility toward outsiders.
Brian was featured in an AdWeek story that detailed how he found success stealthily marketing on Reddit. 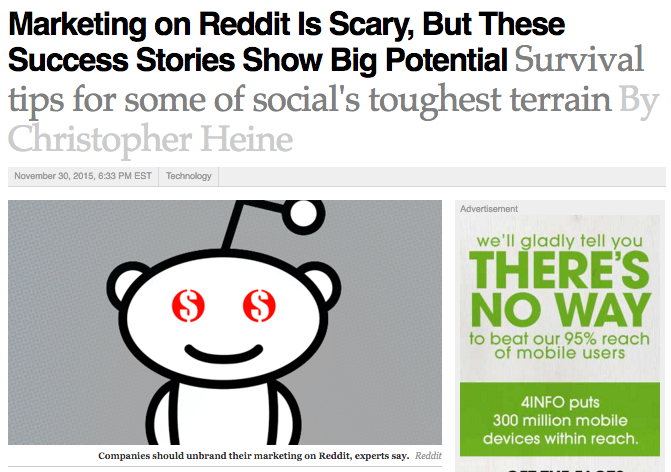 It generated a lot of publicity and buzz. Unfortunately, not all of it was positive.
As the article is about marketing on Reddit, redditors naturally picked it up. Users felt they were being exploited, and responded angrily – Reddit style.
A thread started where people criticized Brian’s marketing tactics.

In just a few posts, a positive article feature turned into a brand crisis.
Brian was monitoring his brand for website mentions online. With an alert for his company name, he was alerted to the conversation within 25 minutes.
This meant he was able to jump into the conversation early, and help change its direction.
Here’s what he did from there.
Most people would freak out and try to make the discussion disappear. But Brian decided to join in the conversation to clarify the misunderstanding.
He explained what he really does:

And he spoke like a person instead of a brand. Notice the “tl;dr”?
Then he explained the beliefs behind his business:

The thread became a passionate discussion about good and bad advertising. He managed to find some common ground with the Redditors and earn their respect.

In the end, they actually thought Brian was pretty cool:

And the best part? A $2B company was impressed by the way Brian’s brand crisis management and offered him a business opportunity.
Key takeaway: jumping into the conversation and engaging with your critics can work out in your favor.

Jumping into the conversation and engaging with your critics can come out in your favor.

Think it’s an isolated incident, or that Brian just got lucky?
Here’s another example.

How Reese’s turned a brand crisis to a branding opportunity

In Christmas 2015, Reese’s introduced the Reese’s Christmas Tree. Unfortunately, they look nothing like trees. 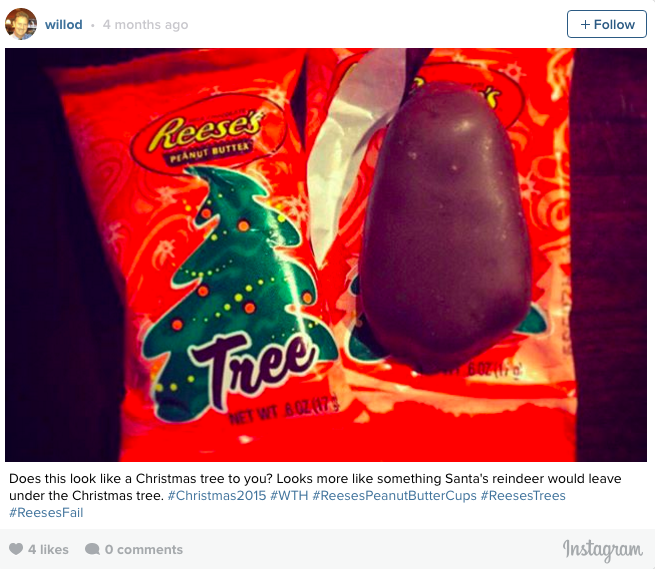 Pictures like these went viral online. It would be embarrassing for any brand.
Unless you’re Reese’s.
They came up with a brilliant  #AllTreesAreBeautiful campaign and talked about “tree shaming.”

This had a great reaction, earning them shares and press coverage: 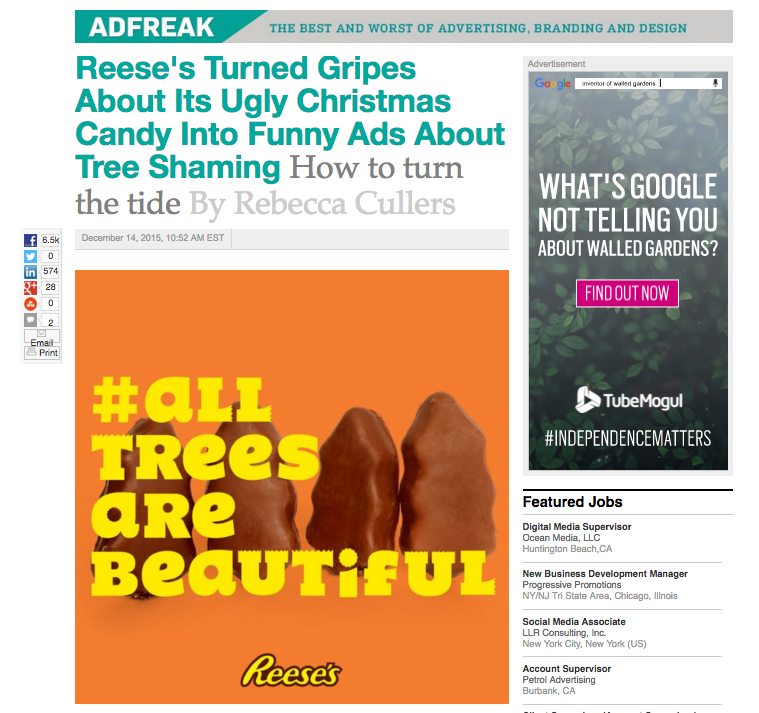 Key takeaway: making fun of yourself can be a great way to “own” a mistake.

Making fun of yourself can be a great way to “own” a mistake, via @joeei

A 5-step process to deal with a brand crisis online:

You can’t avoid brand crises. But you can prepare yourself before one happens.
Here’s what you should do when a crisis hits:

1. Monitor your brand in real time

You can’t deal with a situation you don’t know is happening.
Both Brian and Reese’s reactions worked because they responded quickly. Set up alerts for your company, product, and related keywords to receive mentions as they happen. React immediately to stop one negative mention from turning into a full-blown brand crisis.
It’s easier to change the conversation while it’s still getting started.

2. Listen to and act on feedback

People want to feel heard and understood. Trying to argue will just create tension and anger them more.
Redditors were angry that Brian was monetizing what they do every day for free. Reese’s buyers were not happy the chocolate trees look nothing like trees.
Neither of them tried to argue with the comments. Instead, they listened to and acknowledged others’ opinions, which helped open up the conversation.

3. Choose the right conversations to join

Sometimes you need to clarify things when people are misinformed. Sometimes you just need to listen, especially if the conversation is purely emotional.
In the beginning, Brian would reply to every negative comment – until he realized some people argue just for the sake of it.
Some people just want to be haters. Focus on people you can reason with.

Not every negative mention requires a response. Some people just want to be haters.

You can’t connect with people speaking like you’re at a corporate press conference. Represent your brand, but speak like a person.
Each platform has its own language. Adapt your tone.
If you’re on Linkedin, be more serious; On Twitter and Facebook, use more images and be more fun; Cut out the fluff and corporate speak, and use lots of movie references on Reddit.

5. Treat every interaction as an opportunity

Everything you say shapes your brand perception. How you answer an angry complaint shows your values and personality. It’s also a chance to win your audience’s approval.
Brian’s conversations with the negative comments helped him win Redditors’ respect, and scored him a client. Reese’s fabulous response led to positive social media and press mentions, and even more love for their peanut butter cups.

A brand crisis sounds scary. And when one happens, it’s hard to know what to do. But if you’re well-equipped with the right tool and process, a negative story can be a great opportunity in disguise.
Do you have other brilliant ideas to handle these situations? Share your thoughts in the comments below.

Need more help with your crisis management plan? Learn how monitoring can help: